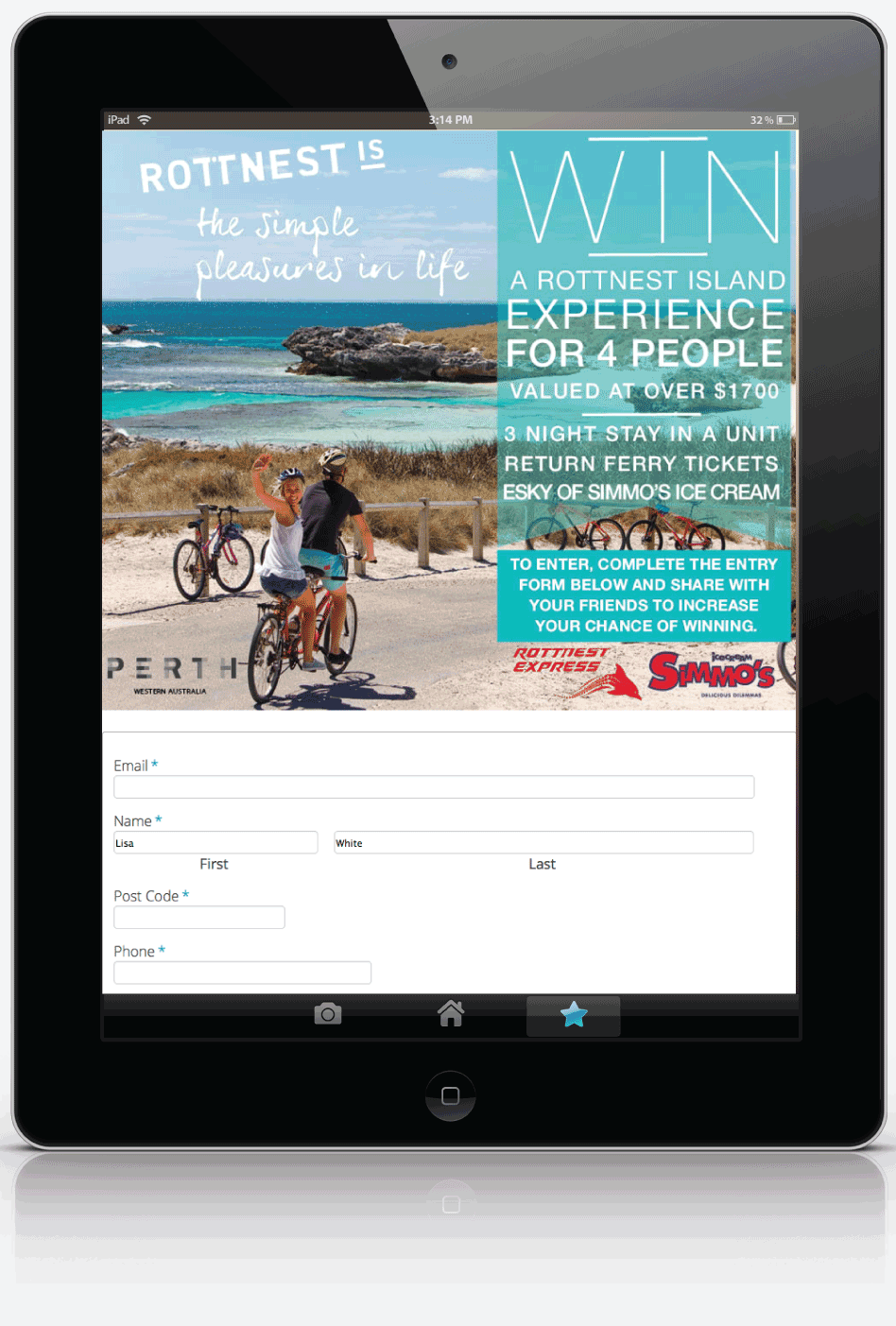 TLT Creative engaged the services of White Canvas Design to develop the graphic content and implement this Facebook competition for Simmo’s Ice Cream and Rottnest Express.

WHO ARE SIMMO’S ICE CREAM, ROTTNEST EXPRESS AND EXPERIENCE PERTH?

Rottnest Island is a ‘Get Away From It All’ destination 21km to the west of Perth, Western Australia. Simmo’s Ice cream, a multi award winning, internationally recognised ice cream maker has a shop on the island. Rottnest Express is a daily ferry service that takes holiday makers and day trippers over to the island and Experience Perth is the tourist body which supports and promotes business in the tourism industry in the Perth region.

The driving force for this campaign was to cross promote these well established brands and to leverage audience numbers for each of these complimentary brands.The key focus was to build the social media audience numbers and develop interaction between the audience and the brands.

The campaign generated total increase of NEW FACEBOOK LIKES of 3912. The competition was ‘fan-gated’ meaning the entrants had to ‘like’ the business’s Facebook page to gain entry to the competition. The campaign was mobile optimised – allowing entry via all devices. Terms and Conditions were developed to ensure the campaign met all Facebook rules and regulations for running a promotion. In addition, the campaign was set up to ensure it adhered to the Australian Gaming Rules across all states.