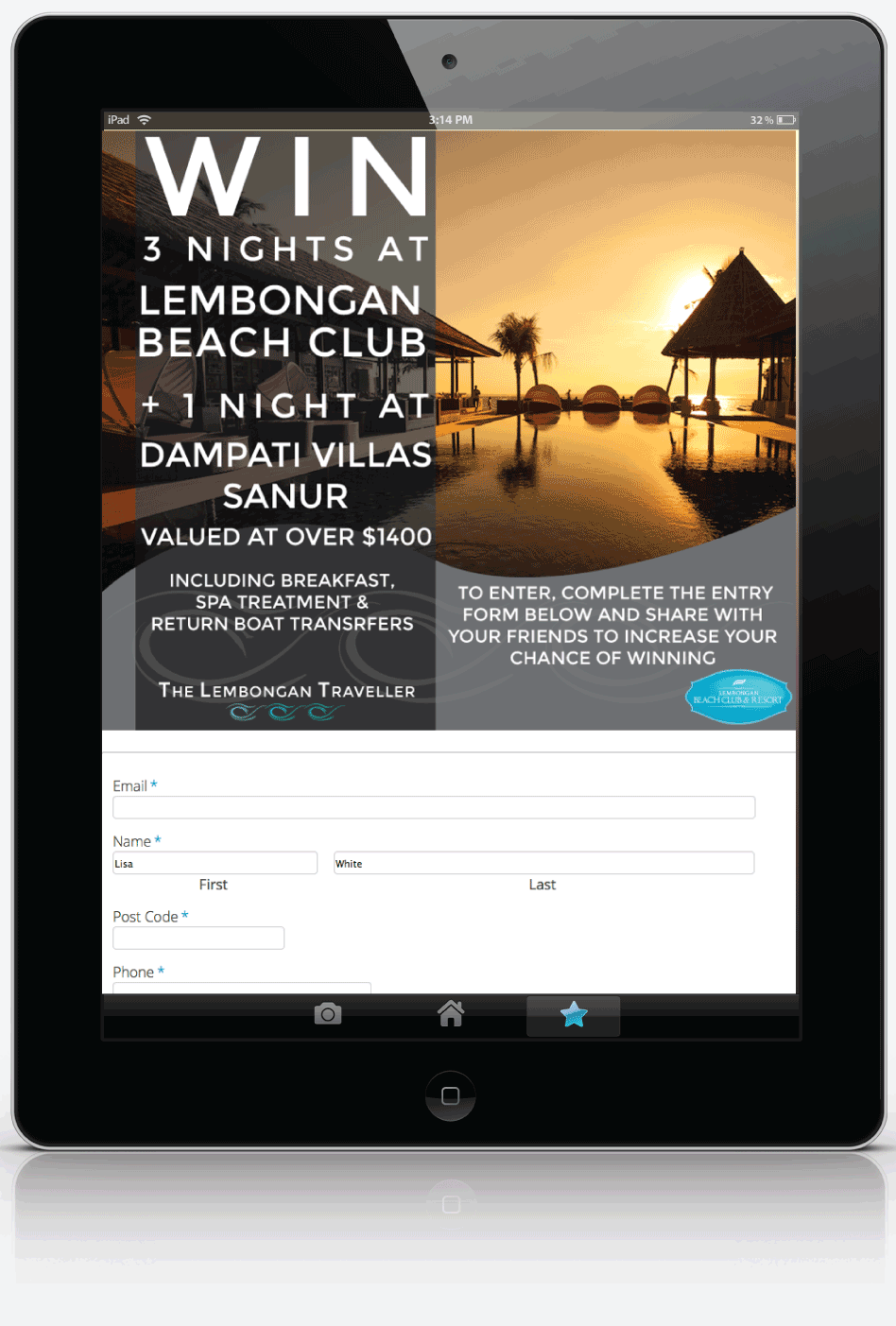 The driving force for this campaign was to increase audience numbers and interaction as well as building the Facebook fan base. In addition, generating closer business ties to the accommodation providers affiliated with the competition was also important.

The campaign generated total increase of NEW FACEBOOK LIKES of 2129. the competition was ‘fan-gated’ meaning the entrants had the ‘like’ the business’s Facebook page to gain entry to the competition. The campaign was mobile optimised – allowing entry via all devices. Terms and Conditions were developed to ensure the campaign met all Facebook rules and regulations for running a promotion. In addition the campaign was set up to ensure it adhered to the Australian Gaming Rules across all states.