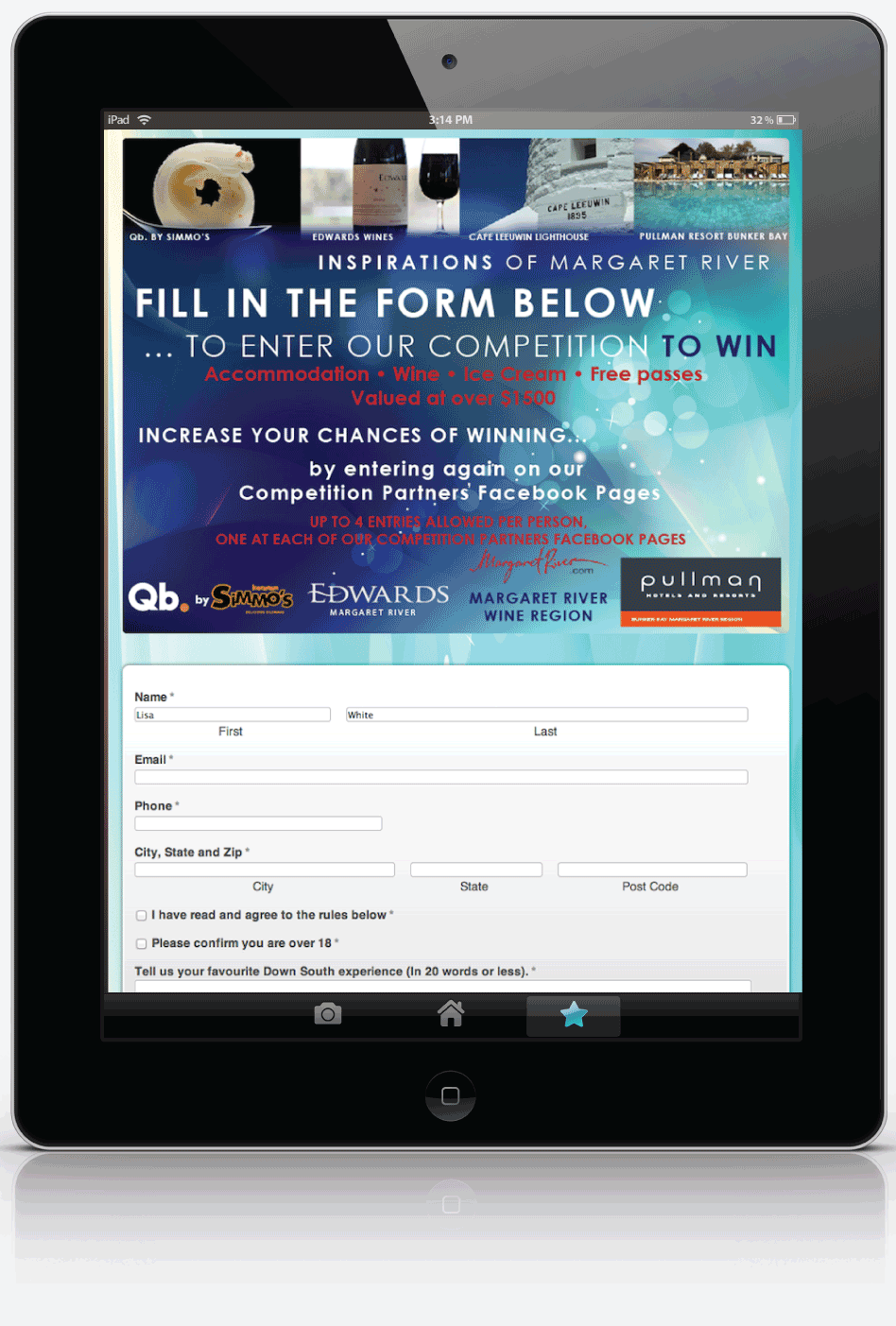 TLT Creative engaged the services of White Canvas Design to develop the graphic component of this competition as well as implement the competition on a mobile friendly platform.

The Augusta Margaret River Tourism Association is the tourist body that supports the tourism industry in Australia’s Margaret River wine region. In this competition, three businesses joined forces with the tourism body to produce a campaign which ran across all 4 brands. Pullman Resort Bunker Bay, part of the Accor Group of hotels is a luxury resort, Simmo’s Ice Cream is a multi award winning, internationally recognised ice cream maker and Edwards Wines is an award winning, internationally recognised winery close to Margaret River.

The driving force for this campaign was to cross promote all the busineeses and to leverage audience numbers for each of these complimentary brands.The key focus was to build the social media audience numbers and develop interaction between the audience and the brands.

The campaign generated total increase of NEW FACEBOOK LIKES of 2153. the competition was ‘fan-gated’ meaning the entrants had the ‘like’ the business’s Facebook page to gain entry to the competition. The campaign was mobile optimised – allowing entry via all devices. Terms and Conditions were developed to ensure the campaign met all Facebook rules and regulations for running a promotion. In addition the campaign was set up to ensure it adhered to the Australian Gaming Rules across all states.